From ICU to DTS 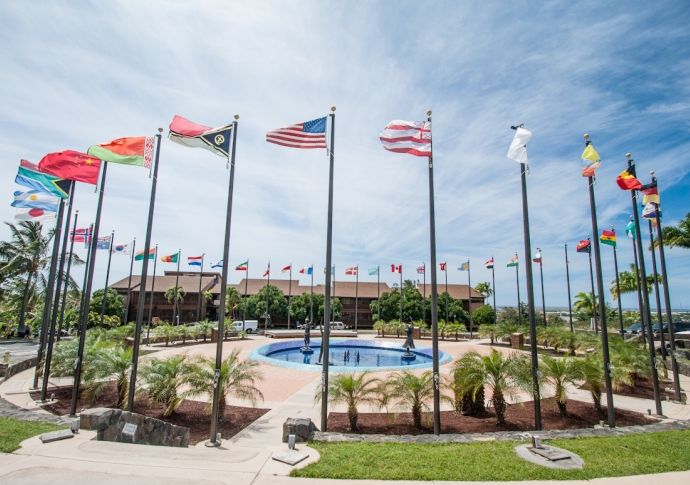 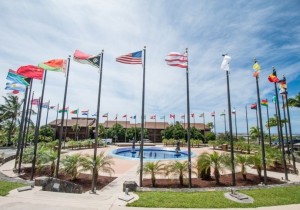 University of the Nations – YWAM Kona

My new friend signed his note to me with the words “from ICU to DTS” because that’s exactly what happened. 2 weeks before I came to the Kona, Hawaii YWAM base, Arthur’s life was in the balance. He had overdosed and almost died. Lying in a hospital bed in an ICU in a Korean hospital, he filled out his application on his cell phone for a Discipleship Training School (DTS) in Hawaii. My privilege was to be his first teacher. Becoming aware of the miracle of his life was inspiring. It’s like God hand-picked him out of darkness and placed him in a loving community where he is now learning to listen to a new voice.

Yes, a new voice. When Arthur became familiar with Paul Hawker’s listening tool at the back of our workbook he was quick to say to me, “I’ve been listening to the voice of the enemy for years!” But now he is surrounded by 14 fantastic staff members and 34 eager students who are united to learn to listen to the voice of life and peace. As Hawker reminds us, the voice of the enemy is “accusing, brings condemnation, confusion, guilt, promotes fear and panic, etc.” but God’s voice is “peaceful, consistent, loving, patient, uplifting, instructive, comforting, clear, kind, etc.”

In last month’s email I told you about the invite to teach a group of Koreans in the RESTORERS DTS on listening to God. I also wrote about the “coincidence” in finding a Korean translator who skillfully helped us get a portion of Your Ears Will Hear into Korean. What I didn’t know is how revolutionary teaching on hearing the voice of God is for many Korean Christians. Again and again through the week it became clear that many of these students have not been taught or modeled the truth that God speaks today. And that his voice is just as loving as the voice Jesus heard at his baptism, “You are my son, whom I love. With you I am well pleased.”

It is humbling to come home with more notes and cards than ever before. And to have a new friend here in Abbotsford who quickly translated all the messages from Korean to English! To help people hear the voice of the Good Shepherd, especially to some who have been taught that they can’t hear – is an unusual honor. Here are some reflections from the staff & students;

I see now that those things I thought were just coincidences were actually God’s voice in my life.

I started to hear God through nature this week. I realized the birds and everything in nature around me are God’s gift to me. In silence I think I heard him say, “I’ve made this for you”. I experienced freedom and rest this week.

I was afraid to listen to God at the beginning of the week…but when the teaching started I realized God loves to spend time with people. I don’t need to be afraid. I can sit in silence with God and even if he isn’t speaking anything, the time together is beautiful. It is easier for me to connect with God now.

I think I heard God say to me, “Wait, I will deal with the things that worry you…” I’m thankful for God’s care for me.

I believe this week God has restored to me an intimate relationship with my Creator. After DTS I want to go back to Korea and help people listen to the voice of Jesus, the Prince of Peace who brings rest.

I never imagined that I could hear God’s voice.

I was trained that God does not speak through impressions, but this week I heard many stories that showed how he does just that. This week my desire has increased to hear God in many different ways.

I was encouraged when I heard that God loves me as I am. What I have to do is simply open my heart to God. Now my expectation is rising. God has been speaking, but now I believe I can hear him. During the solo time in silence I felt the fresh wind blowing behind me. I think I heard “Just let me take all your burdens” – a very encouraging message.

My relationship with God was broken, but during this week God started talking to me through small things; one verse. I believe I heard God speak to me like a little seed. Then in class you talked about the idea that God’s voice is like a seed (Mark 4) and it confirmed to me that I was hearing.

I was suspicious about listening to God because it was a new idea. Now I have a different perspective on listening. I have lived with a lot of effort in my faith but the simple message from Jesus “my sheep hear my voice” has touched my heart and opened me up to something very different.

It is very encouraging to be in partnership with organizations like YWAM that are providing spaces for God to speak to his children. We at the MARK Centre are as excited as ever to do our part in helping people to hear. I like the way Arthur put it as he said goodbye, ““Thank you for showing us the way to tune into God’s frequency so that we may listen to His voice.”  It reminds me again that God is faithfully speaking in many different ways. The question is – are we listening?