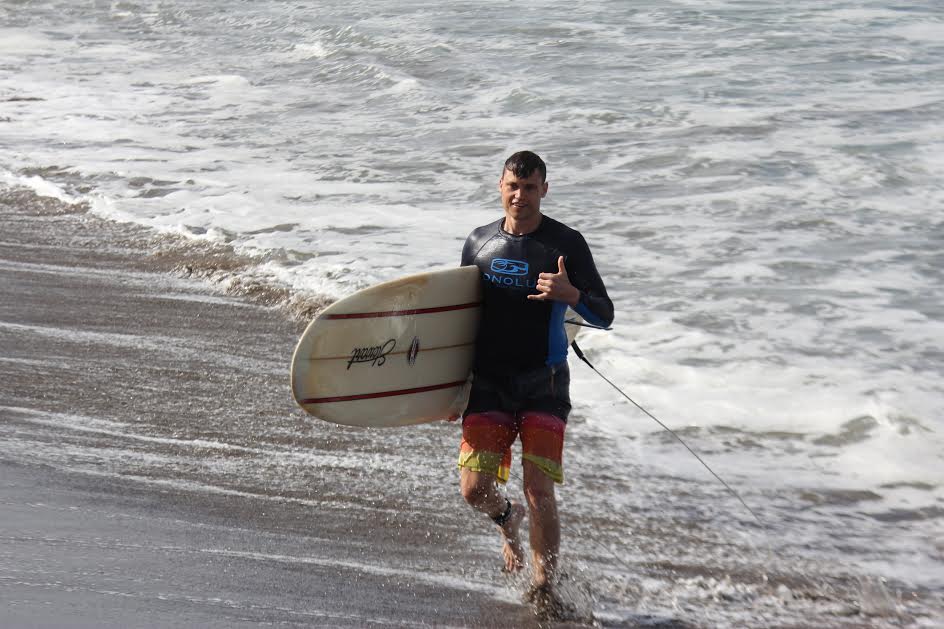 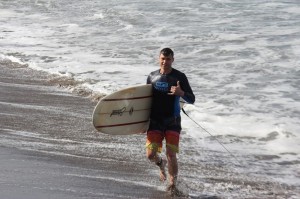 As I was taking off I hear, “Hey Ryan!”  I looked back to see Rick coming down the steps towards me, one arm outstretched. “Take this” he says, and hands me a wad of cash. I was shocked and mumbled, “uh…I can’t…” Then he says, “It’s okay. I felt the Lord telling me to give this to you.” I thanked Rick, put the money in my pocket, and rode off in awe.

We had just wrapped up a two-day retreat on making space and listening for God. I was already in such an incredible place, and now this gift. Rick had helped organize the retreat and we had gotten to know each other a bit over the weekend. As I rode off, I wondered why he gave me this gift and exactly how much cash had he given?

This was a new experience for me – people that I had just met giving me money out of the blue, by the prompting of the Holy Spirit. But this entire season has been new for me. Recently I took the biggest leap of faith of my life, selling most of my worldly possessions, saying goodbye to cherished friends in Seattle, and living out of a suitcase for the next six months as I transitioned to Kona, Hawaii.

I didn’t know a soul in Kona, other than Chris. Nine months earlier we met at a surf lodge in Nicaragua. He is a former world-class Ironman who uses his platform to help other athletes transform and inspire lives around the world through social impact. With my background in sports marketing and events, I knew our paths were crossing by God’s guiding so when he invited me to work with him in Kona I said YES.

Our biggest event of the year is the Kona Ironman World Championships in October. The town becomes incredibly hectic, with people and traffic everywhere. I was running some errands before the race and managed to put a healthy dent in the tailgate of Chris’s truck. I was so upset – really beating myself up for such a bonehead move. My mind was racing with how I was going to explain this and how I was going to pay for it? I was also upset with God. He knew I didn’t have any room for an error like this in my budget. Chris was understanding and I covered the costs of the repair.

Last week when I got home from the retreat I emptied my pockets and counted Rick’s gift. I couldn’t believe it. It was the exact amount of the truck repair costs to the penny! Unreal!

Starting over anywhere is challenging. Moving to a new setting, with no place to live, no financial security, no transportation, and no friends or family is tough. I had many moments of extreme freaking out, and the dent in the tailgate didn’t help. But throughout this move God has shown me his love and provision and provided peace along the path he has for me. Rick believing in me and my work reminded me that this is all about people experiencing the love of God.

I’m still learning more about God’s faithfulness through that gift. Part of the learning is around how freely it was given. Rick had just asked about my story. That’s all. He had no idea about the truck and the recent repair. His gift reminds me of the phrase we read during the retreat in Matthew 11:28-30 – the unforced rhythms of God’s grace.