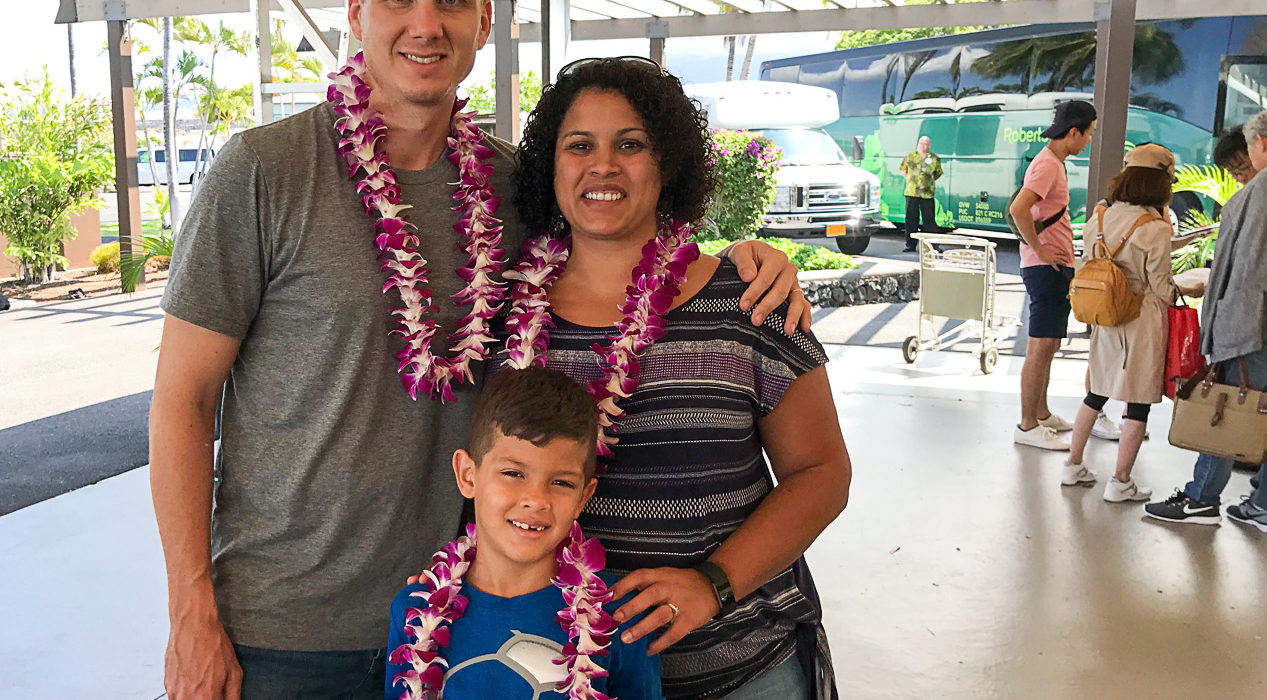 This past weekend we attended a retreat led by Steve and Evy Klassen from the MARK Centre. The retreat meals and sessions took place at a rented home near the Sheraton Hotel in Keauhou Bay, Hawaii where we stayed. Everything was provided for by people who wanted to bless YWAM Kona staff (Thank you, whoever you are!) We were grateful to get away from the YWAM base for a couple of nights and enjoy the beautiful hotel and grounds. Our son Elias loved the pool and waterslide.

During the retreat I was eager to hear the voice of God again. My heart was expectant for a fresh experience with Jesus. Steve led us through some meditations and encouraged us to discover Jesus through the Scriptures. He used stories from the book of Mark. One night we studied and savored the story in Mark 14 of the woman who broke a jar of expensive perfume and poured it on Jesus.

As we read the story together, I meditated on it and listened to what the Holy Spirit might highlight for me. I put myself into the story and could feel the indignation of the men as they criticized the woman and judged her action as a “waste” of something very valuable.

My own heart was exposed in my current context. I was struggling with this same kind of thinking in my own life.

We had been serving the Lord in Thailand for about a decade, when we felt God inviting us to a change of location. Things were very fruitful for us in Thailand, in fact we were on the verge of seeing very significant progress in our work. Then one day Jesus spoke to our hearts and we knew that we had to move to YWAM in Kona, Hawaii. The direction of the Lord wasn’t confusing. It was clear and confirmed again and again. We made the move with joy.

The struggle in my mind began when I started to communicate the drastic change in our lives to others. We were seeing growth and unity among the believers in Thailand. Everything was at its peak in terms of kingdom “value.” Why would God have us move now? How do I explain this to the staff in Thailand, our supporters and our community around the world? What will they think about this?

I felt a pressure on myself – “I’m going to have to prove to people that this change is and will be worth it.” Was I fearful, maybe even ashamed of the direction we were moving and expecting the people around me to respond as the men in the Mark 14 story did toward the woman – with indignation? I identified myself and my family with this woman in Mark 14 in many ways. We had something of great value, something that others had been a part of building through years of support, and now I was “breaking it and pouring it out.” Why this waste?

As we moved to Hawaii I longed to see how things would develop into a greater role for us or that we would see a greater fruitfulness in our work. Our arrival was met with nothing of great worth. We simply arrived. There was nothing I could report that would display the value of our move. My heart was crying out to God, asking, “How can I prove that following you to Hawaii was the best investment in your kingdom?” Even during the retreat I had the expectation that the Lord would reveal something of that sort.

However, it was the story of this woman who broke and poured out the valuable perfume on Jesus that highlighted my false perception of what is of greatest value in the kingdom. Jesus valued what that woman had done for him. And Jesus valued what we had done for him. Jesus came to the defense of the woman as he said, “Leave her alone. Why are you bothering her? She has done a beautiful thing to me.” Now I felt him coming to defend me from my own perceptions and criticisms as well. The words that Jesus spoke to those men were the words that I heard Jesus speaking to the voices of indignation in my heart. He silenced them and honoured what we had done in obedience to his leading. The freedom and the peace that it brought to my heart allowed me to receive the pleasure of God. I don’t need human “proof” that this decision was the best or most valuable. Jesus counted it valuable in his eyes. And what the King values most is what is of most value in His kingdom.